You've asked, we've answered. In this Q&A feature, both Kai and Lee have answered your questions that you have sent us via both social media and email. We cover a wide range of topics such as; COVID-19 update, last season review, how to support the club and what we've been doing during the lockdown.

Can you provide an update on the current situation?

L&K: Leisure centres /gyms have been given the go ahead to open from 25th July, so that's good news. We hope we can have a structured return to training not long after this - The WFA will be advising clubs on this (who in turn receive guidance from the FA). At first it will be small numbers of players and also limited number of parents/carers to manage any risk. As regards, competitive games we don't know at this stage when the new season will start.

What are your thoughts on the last season?

L: First team - overall, last season was a positive one.  Regionally, we played some excellent football and scored a hatful of goals on the way to the Championship title.

Nationally, we finished 8th after the season was cut short, but I'm sure we would've finished higher if we had the chance to play our remaining fixtures. We had 6 or 7 very winnable games due to have been played in the last third of the season.

K: Academy team - We had a difficult season to begin with due to some changes in the team. However, towards the end of last season in both North East League 1 and Yorkshire League we showed positive signs of playing football as a team. Our passing, set pieces and defensively are heading in the right direction showing what we were doing in training was paying off. It was important this season we didn't focus too heavily on results it was about improving and playing as a team. Two need additions really helped and pushed some of our other players.

Was there any players who have took you by surprise this season?

L: Kole joined the club last summer and I remember the first time he came to train with us.  I knew he was a good player from watching him playing for Rotherham and Forest in the Nationals What surprised me in his first training session was the way he settled in straightaway with his team mates.

K: There are two players who have impressed me, they are Callum and Jamie. They both joined the club at around the same time. They settled in really well and just loved how every training session they were really interactive plus wanting to continue to improve. Me and Lee one training session saw Callum do a big reverse spin kick something we hadn't showed him to do, we asked how he learnt that and his response was I've been watching England do it in their games. Jamie first goal was brilliant too I think the entire venue heard about it his smile was priceless.

How can people support the club during this pandemic? Do you have a fundraising page?

K: We've been receiving messages from our supporters asking how they can support the club. We are pleased to say we are working on a couple of incentives. Firstly, we have set up a link on the website for you to make a donation via PayPal. We are extremely grateful of all donations as this helps the club during this difficult time. We are still working on an incentive that we hope to announce shortly. Electric Eels 100 Club is still running and you can enquire about this by emailing - erelectriceels@gmail.com

What will be both of the teams aims for next season?

L: First team  - the aim at the start of every NL season is promotion to the top division.  So that shall be our goal again.  If we have a full squad to choose from then I think we can have a good crack at it next season.

K: Academy team - the aim for every season is to improve from last season. The aim will be to try and push into the top four. If we have a full squad and the players continue their hard work from last season we can definitely achieve it.

Please could you provide an insight into one of your training sessions. And do you practice penalties?

L: Training sessions are modified depending on numbers but the average 90 min session will be something like this:

5 mins players and coaches with the whiteboard explaining the drills/etc.  If we have games the following day or weekend we'll often brief the team about the opposition and then we'll base the training on this.

Warm up for 5 mins (usually a passing warm-up)

Break for 5 mins then 30 mins of the second drill (often set piece practice).

Finish around the tactics board with a bit of bantz about who's trained well or who hasn't. 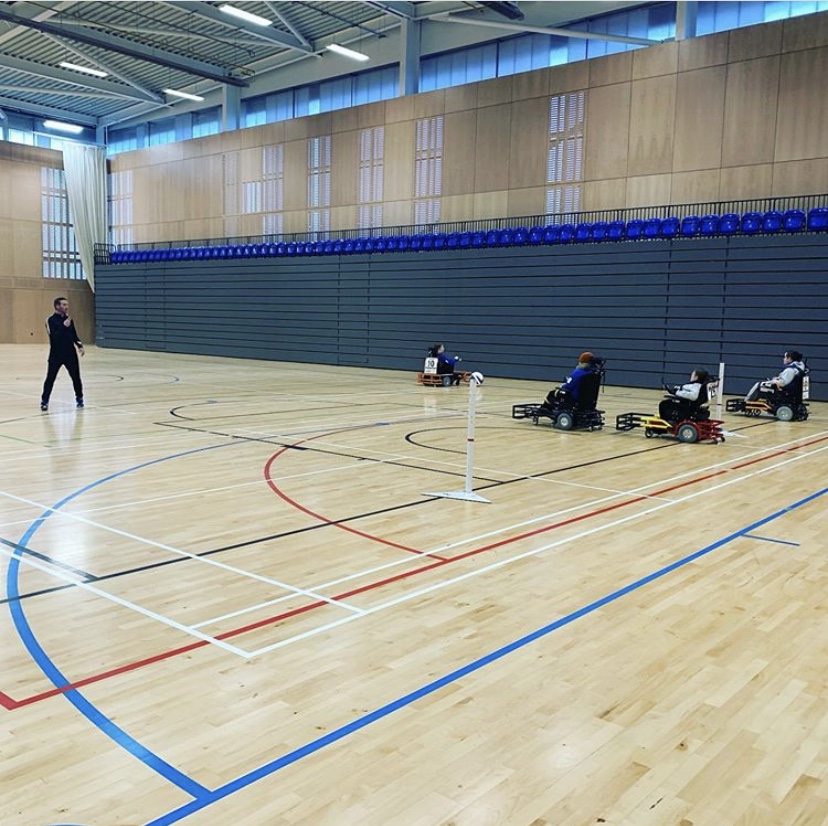 We sometimes have a penalty competition as part of one of the drills but taking a penalty in training can't be compared to taking one in a competitive game - it's hard to recreate the match scenario. Interestingly, when we beat Man Utd on penalties last season we hadn't practiced beforehand and we scored all 4.

What is more important - a team full of great players or a great team?

L: The team. Don't get me wrong you need good players but you also need the full squad all knowing their jobs when required. It's all about the whole being greater than the sum of the individual parts.  Look at Sheffield Utd this season in the Premier League. No stars

in the team, players that have played in all 4 divisons, no egos.  But add them altogether and you have a team that can compete with the best teams in England because the players will put their bodies on the line for each other.   Chris Wilder should be the PL Manager of the Year with what he's achieved. What's the worst thing the football authories have introduced in the sport ?  Players names on the backs of shirts.  A single player is nothing - it's all about the team. So a great team every time.

What has the club been doing during the pandemic?

K: During the pandemic, we have been doing regular videos and group chats with our players, plus their families. Also, I've been working on the club marketing plan for this year, developing the club's social media channels and our website. Last month, we had an excellent month with our social media, growing our interactions by 150% and seeing over 750 visits on our website. We launched Deisgn A Goalkeeper Shirt competition the winner will be revealled tomorrow. Plus we launched a Q&A Series with our players. We aim to continue this marketing growth and raising awareness of the club.

What do you enjoy the most about coaching?

L: The best thing about coaching is seeing the players develop and grow into better players. They often start very tentatively because the chairs can be a bit intimidating at first but after a few months or so they're reverse spin kicking at every opportunity.  That's when the real coaching starts -  once they're comfortable with the chair. Also, it's always nice as well when a set piece we've been working on comes off in a game !

K: I love sharing my national league experience onto the upcoming future stars. It's really pleasing to see someone first get into a chair, seeing the smiles on their face and family face is great to experience. For me it's not all down to results, it's seeing the players have some freedom to try something and if it works well then good. If not we'll teach them how to do it right.

Which match do you remember the most from last season?

L: Most people will think I'll say the 3-1 victory over Leeds (which was also a fantastic team performance) but from a footballing point of view it was the NL game v Dudley. We played some great passing football in a 4-1 win. I was expecting a much tighter game.  We'd been practising passing the ball from the back in training and we executed some great moves. A great team effort.

K: I'm going to give my answer from two perceptives a playing and coaching point of view. The game I remember the most was beating Man Utd in The WFA Cup, despite conceding some goals it was a real team performance, just how at half-time we all said we can do this. Now, my coaching point of view it has to be the last match against Leeds development team in the Yorkshire League. The academy team played some great football, passing was good and set pieces were really good. It was very much a positive sign of things to come and showed everything we had been doing in training was paying off. Just shows going back to basics at times can be helpful.

Can people register their interest in trying powerchair football for when the club is back up and running?

L: We always welcome new players, whether it's to play competively or come for a social aspect. The club are asking those who are interested to register their interest by messaging our Facebook Page or send us an email to erelectrieels@gmail.com

How can people help the club such as coaching?

L: If you're interested in coaching this fantastic sport please get in touch via FB or head to our Become A Coach page. You can send us an email to erelectriceels@gmail.com to enquire about becoming a coach at the club. The WFA run powerchair football courses all over the country and will re-start at some point.

We Can Do Much More